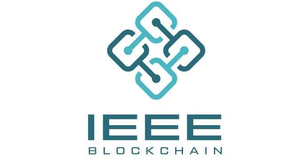 The Institute of Electrical and Electronics Engineers (IEEE) is proud to announce launching of Ukraine Blockchain Group, which will unite all scientific potential and global reach of the world’s largest association of technical professionals with leaders and prominent experts of blockchain community in Ukraine.

We cordially invite to you join the celebration ceremony on December, 26.

As of 2018, it is the world’s largest association of technical professionals with more than 423,000 members in over 160 countries around the world. Its objectives are the educational and technical advancement of electrical and electronic engineering, telecommunications, computer engineering and allied disciplines. IEEE is also the body for maintaining LAN/MAN standards, including WiFi, and is a developer of Ethereum, Ripple standards and many more.

Seats are limited; please reserve your space by following the link: goo.gl/forms/yr7tSmdw2l11KRem1