The voice of Ukrainian start-ups: More than half of start-ups continue their operations exclusively from Ukraine 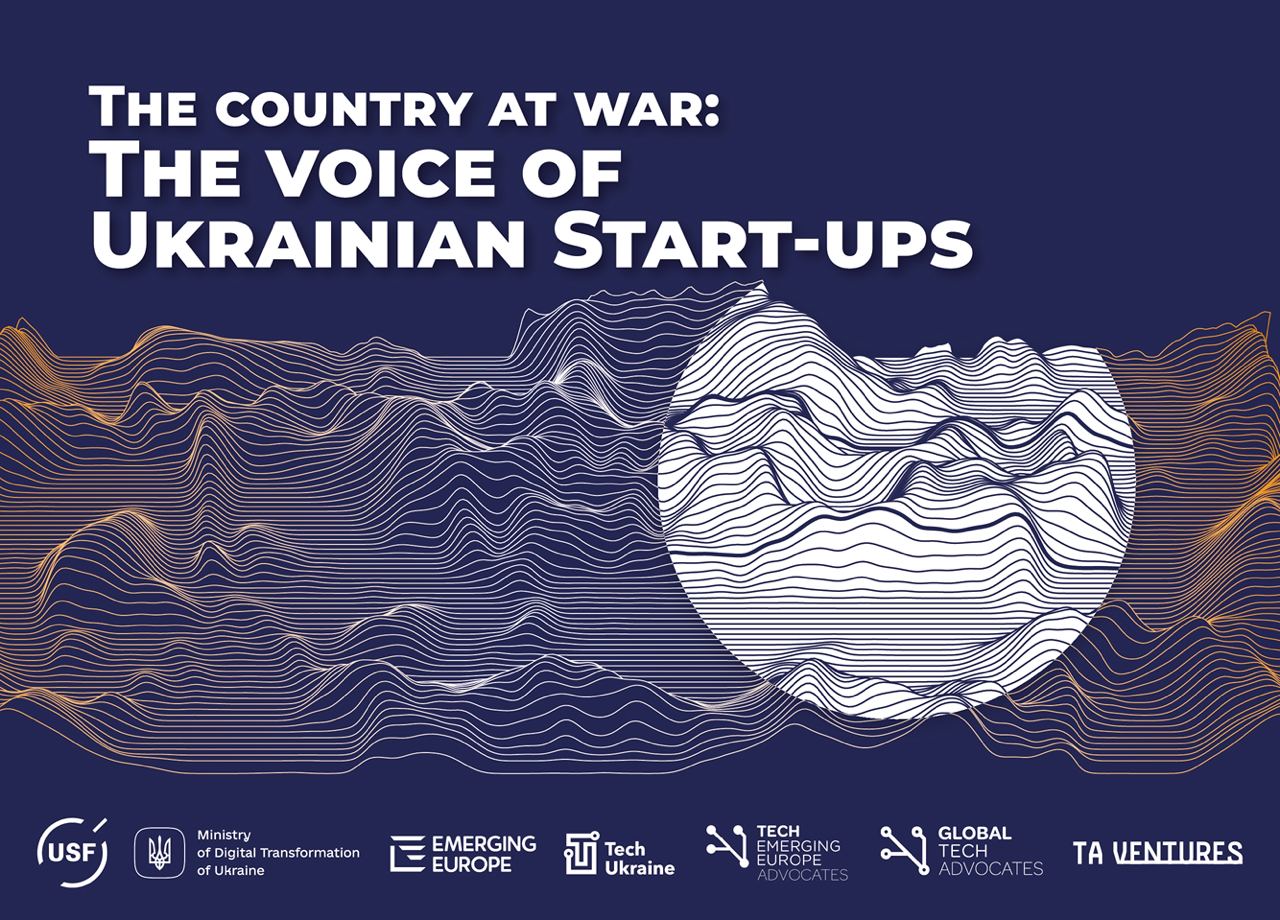 TechUkraine, in partnership with the Ukrainian Startup Fund, the Ministry of Digital Transformation of Ukraine, Emerging Europe, Tech Emerging Europe Advocates, Global Tech Advocates, and TA Ventures, have published the results of a survey looking at the country’s start-up ecosystem.

The goal of the research was to understand the impact of the Russian invasion on Ukrainian start-ups after months of heroic resistance, analyse the dynamics of the sector and find the most effective ways of support. The project is aimed at promoting Ukrainian startups through international media, venture funds and other global stakeholders.

According to Andrew Wrobel, founding partner at Emerging Europe and leader of the organisation’s Tech Emerging Europe Advocates community, “This report is here to give an overview of the start-up and tech ecosystem and showcase some of the excellent solutions and founders who are behind them.”

The survey, The country at war: The voice of Ukrainian start-ups, covered essential topics such as registration and relocation of start-ups and teams, financial situation, sector and market development, support received since the invasion began, short and long-term plans. 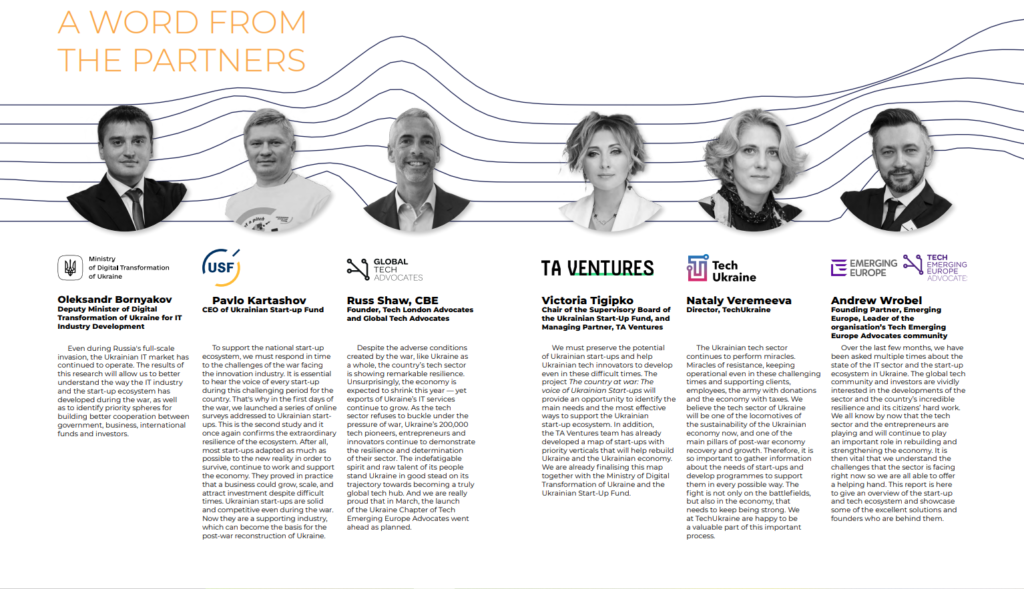 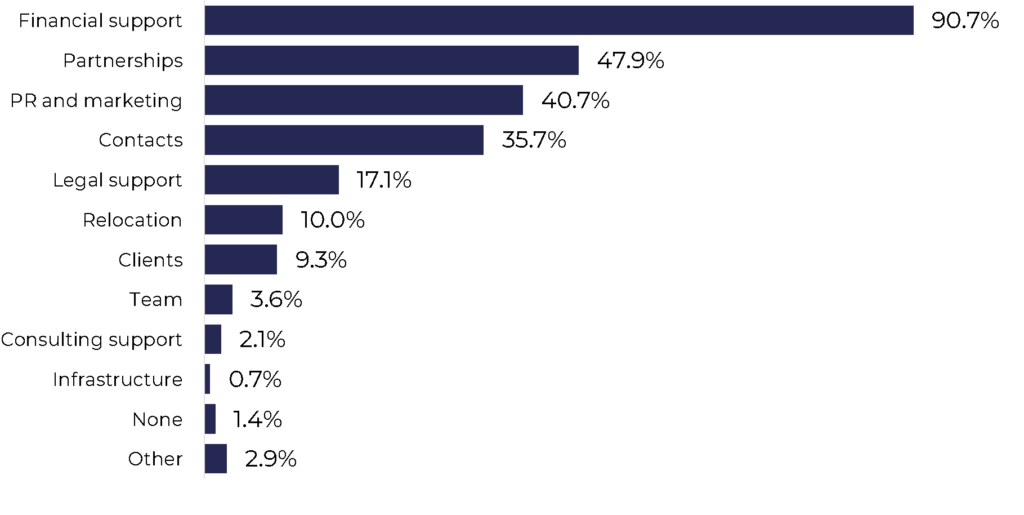 What do you need to continue your operations?

One start-up surveyed, Tendido, says: “Entering the African market together with the World Health Organisation (WHO) as part of the mission to save people’s health and lives. Now the main goal is to start sales in Ukraine and the EU. In the long-term — the source market is the USA and Asia.”

Alyona Mysko, founder and CEO of fuelfinance: “We have to run our business and serve our clients. We are doing that. Plus, our country needs financial support. Ukrainian businesses need to remain viable. Employees need salaries. Most of Fuel’s employees are still in Ukraine. We’re working hard on Fuel while volunteering and helping military forces and other businesses.” 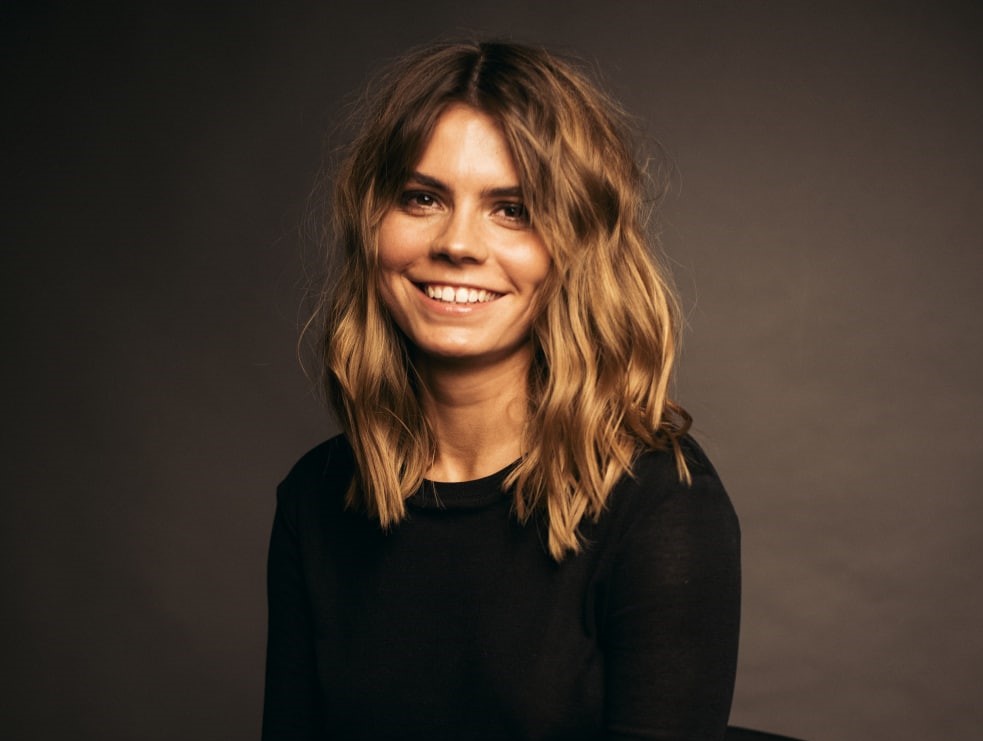 ComeBack Mobility: “We need functional integration of complex chains for the supply of agricultural products to European countries and export through European ports. What is also needed is launching a digital invoice — a pilot launch in other countries and markets, namely the US, Brazil, Argentina.”

Andriy Myrhorodskyi CEO, BioBin: “Since Ukrainians are used to digital solutions in many industries, we decided to relaunch our efforts with a completely new product. We are developing an MVP of the automated recycling bins network run with a smartphone with a sortto-earn built-in function.”

Viktoria Nalyvaiko and Oksana Gorbunova, Co-founders of BazaIT: “We want to build and bring Ukrainian local product companies to the international arena, develop the IT of our country.” 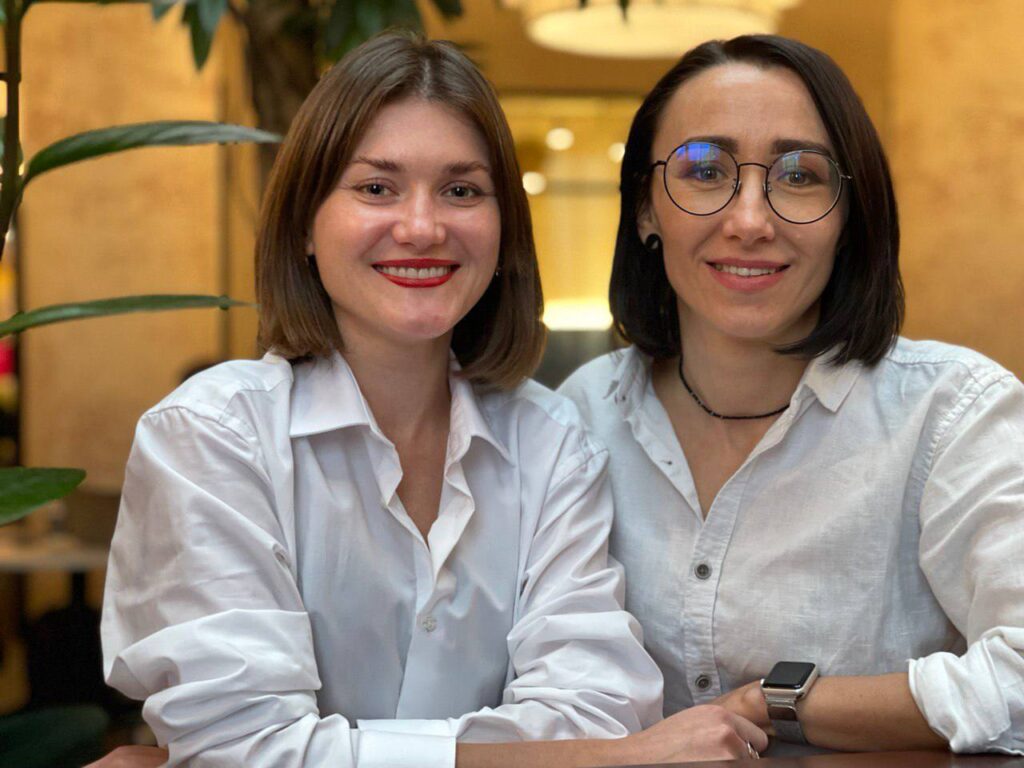 Monte Davis CEO Demium: “Those start-ups who offer services outside of the Ukraine and count on customers throughout Europe and the world have been less impacted. These companies continue to grow and have even had an easier time attracting new foreign customers as the world seeks to support Ukrainians in a difficult time. Those start-ups that depend on the local market are having a much harder time as they find it difficult to gain the momentum that they need. Overall, Ukraine’s start-up ecosystem has shown an incredible resilience as they navigate the management of their ventures in a situation that many can simply not fathom.” 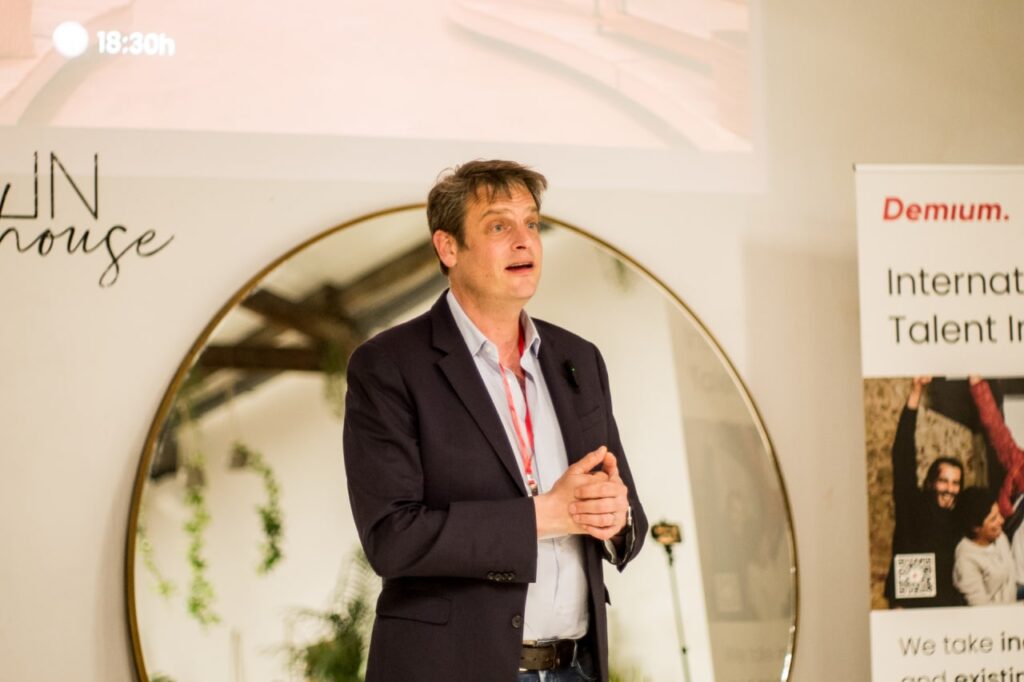 Despite the war, two Ukrainian tech companies have joined the Ukrainian unicorns list — airSlate and Unstoppable Domains (which is US-based but has Ukrainian founders). Ukraine’s Preply meanwhile raised 50 million US dollars to scale up globally.

The outlook for the development of the IT sector in Ukraine remains positive for the second half of 2022, as the sector stabilises its processes and returns to operational activities, continuing to ensure the country’s economic security through stabilisation of export revenue inflows.

Nataly Veremeeva Director, TechUkraine: “The fight is not only on the battlefields, but also in the economy, that needs to keep being strong. We at TechUkraine are happy to be a valuable part of this important process.”

***During the field period, between June 2 and August 3, 2022, 153 responses from Ukrainian start-ups were received, The survey was delivered through multiple channels, including social media, partners, and private and corporate email communication. 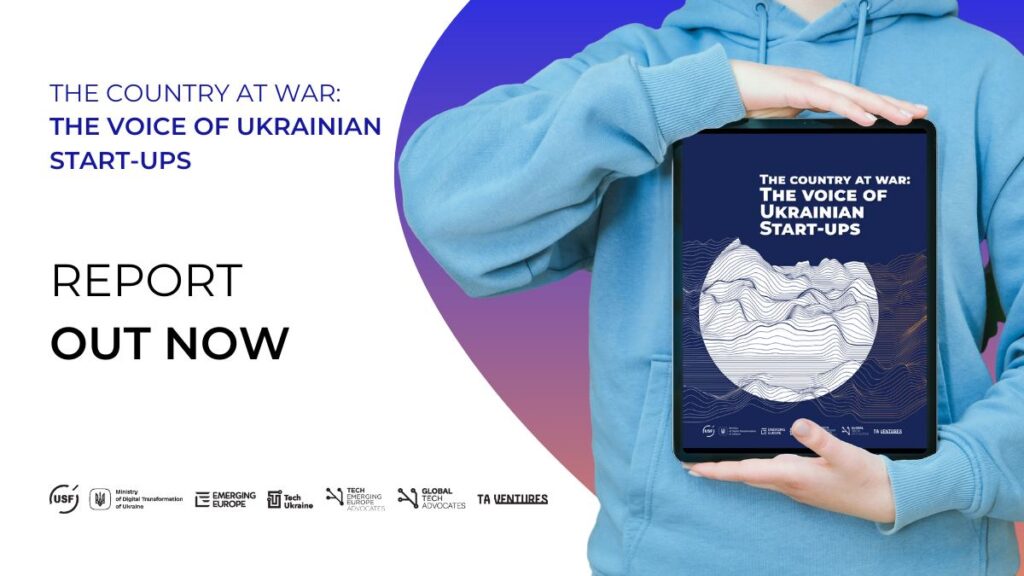